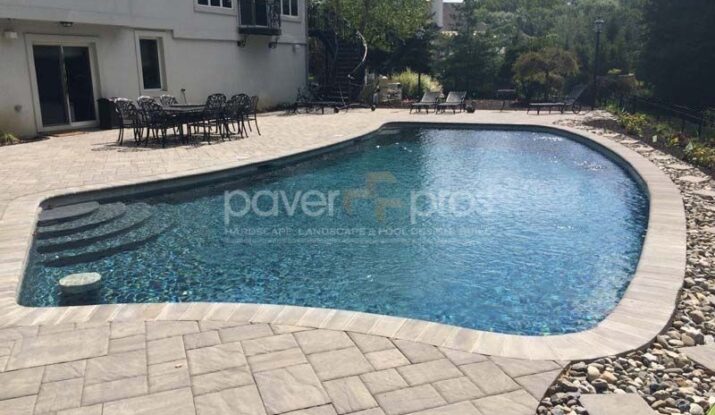 Paver technology has changed over time as different civilizations learn from their predecessors and made advancements in the way paving has been done.

We talked previously about paver stone work that dated back over 5,000 years and that technology has been found in nearly every great civilization and area in the world since those early influences, from what was Babylon and Turkey, to all over areas of Europe and Asia.

In early American history one of the first proponents of paving was none other then Benjamin Franklin. In the mid 1700’s Franklin helped create local projects to pave the streets of PA. Hard to believe that this occurred before the USA become it’s own sovereign country!

Documents still exist of hired hands working for local governments as pavers going back as far as the 1800’s in the newly formed states. Ironically in 1849 a German stone mason named Henry Grosscup helped build one of the very first brick factories in the USA. In 1871 Mr. Grosscup ended up becoming a firefighter in Camden New Jersey. We’re proud to have links to one of the oldest pavers in America right in our backyard!

After World War 2 Germany and much of Europe was in ruins. At that time a German engineer named Fritz Von Langsdorff developed and patented a new type of brick that had structural qualities and interlocking patterns, thus the modern paver was born. Incredibly, these bricks and similar pavers rebuilt much of Europe and because of the creative quality and technology, the paver was better then ever before, the world of paving would never be the same. Hundreds of millions of these paver stones were used in the rebuilding of Europe and thus created a new twist on an ancient industry.

Today these exact patented bricks and huge varieties of other new paver bricks and stones give custom designers an incredible array of different looks, patterns, colors and designs. At Paver Pros in New Jersey, we can create the highest quality crafted pools, driveways, patios, walkways and more! We have the greatest variations then ever before in history, let us design something that will not only enhance the beauty of your property but will also add greater use of the land while increasing the value and appeal of your property! Call Paver Pros now!